Weaving – with or without a loom 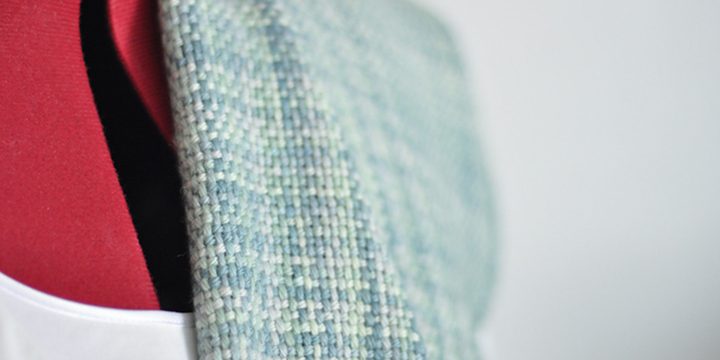 I want to start a little series of postings about different weaving techniques. In the first place about different looms – or even about weaving without a loom at all. I discovered recently a book: Weaving within the reach, that really fascinates me. It shows so many possibilities to make beautiful weavings without or with simple handmade looms, I have to experiment and explore some of these patterns. And naturally share my trials and errors here!

But I think I’ll start in the beginning and bring together in this post some basic facts about weaving and make a list of the most common weaving looms I found so far and that I want to test. Afterwards I’ll share every week another project with one of these looms. That’s the plan.

Basically: Weaving is the formation of a fabric through the combination of two sets of threads-  the warp and the weft – at right angles. The warp threads are held parallel under tension, typically in a loom, while the weft passes over one warp thread and under the next, than on the return  does the opposite to create fabric.

Howto: There are several ways to pick up the warp yarns in order to pass the weft through them, depending on the type of loom and the weavers chosen technique. To simplify I’ll separate the process into two families:

1.Weaving: Done with a horizontal loom. First a selection of warp yarns is lifted to form a “shed”(hole). Second, the weft yarn are passed through the shed from one side to the other; finally, the weft is beaten towards the previous row with a comb. Afterwards the shed is changed with those warps that were lifted being lowered and vice versa, so the process can begin again in reverse. This means you need a kind of system to lower and lift your selection of warps, for example the shafts in a floor loom or the heddle in a riggid heddle loom.

2. Tapestry: Often done on a vertical loom. It’s a specialized form of weaving, which like all weaving necessitates a vertical warp, but uses instead of the more common continuous weft of nearly all other weaving productions discontinuous wefts. Rather than travelling edge to edge, the shorter wefts means that the tapestry weaver is free to change colours at will and to work on each small section at a time, which makes the tapestry much more versatile and free forming. In generally there is no system to lift or lower several warps at once.

The design of a fabric is determined by which warp threads the weaver chooses to lift and which are left behind, determining which warps the weft passes under or over.

In tapestry weaving the design is completely free , no repetition or predefinition is necessary.

In weaving on the other side the selection of warps lifted and lowered, pre-chosen during the warping process, leads to a more or less repetitive motif and structure of the fabric.

Loom types (from left to right):

(images from the shop “Tricotin”)

Next week I want to start exploring possibilities to weave without a loom. Never done, never heard of before reading this book, but seems so intricating. We’ll see! Stay tuned!

² Textes from the book: Weaving/ Contemporary Makers on the Loom/Katie Treggiden

Weaving with a self made loom
9 December 2018

This website uses cookies to improve your experience while you navigate through the website. Out of these, the cookies that are categorized as necessary are stored on your browser as they are essential for the working of basic functionalities of the website. We also use third-party cookies that help us analyze and understand how you use this website. These cookies will be stored in your browser only with your consent. You also have the option to opt-out of these cookies. But opting out of some of these cookies may affect your browsing experience.
Necessary Always Enabled

Any cookies that may not be particularly necessary for the website to function and is used specifically to collect user personal data via analytics, ads, other embedded contents are termed as non-necessary cookies. It is mandatory to procure user consent prior to running these cookies on your website.