You are here:
Outside the Box 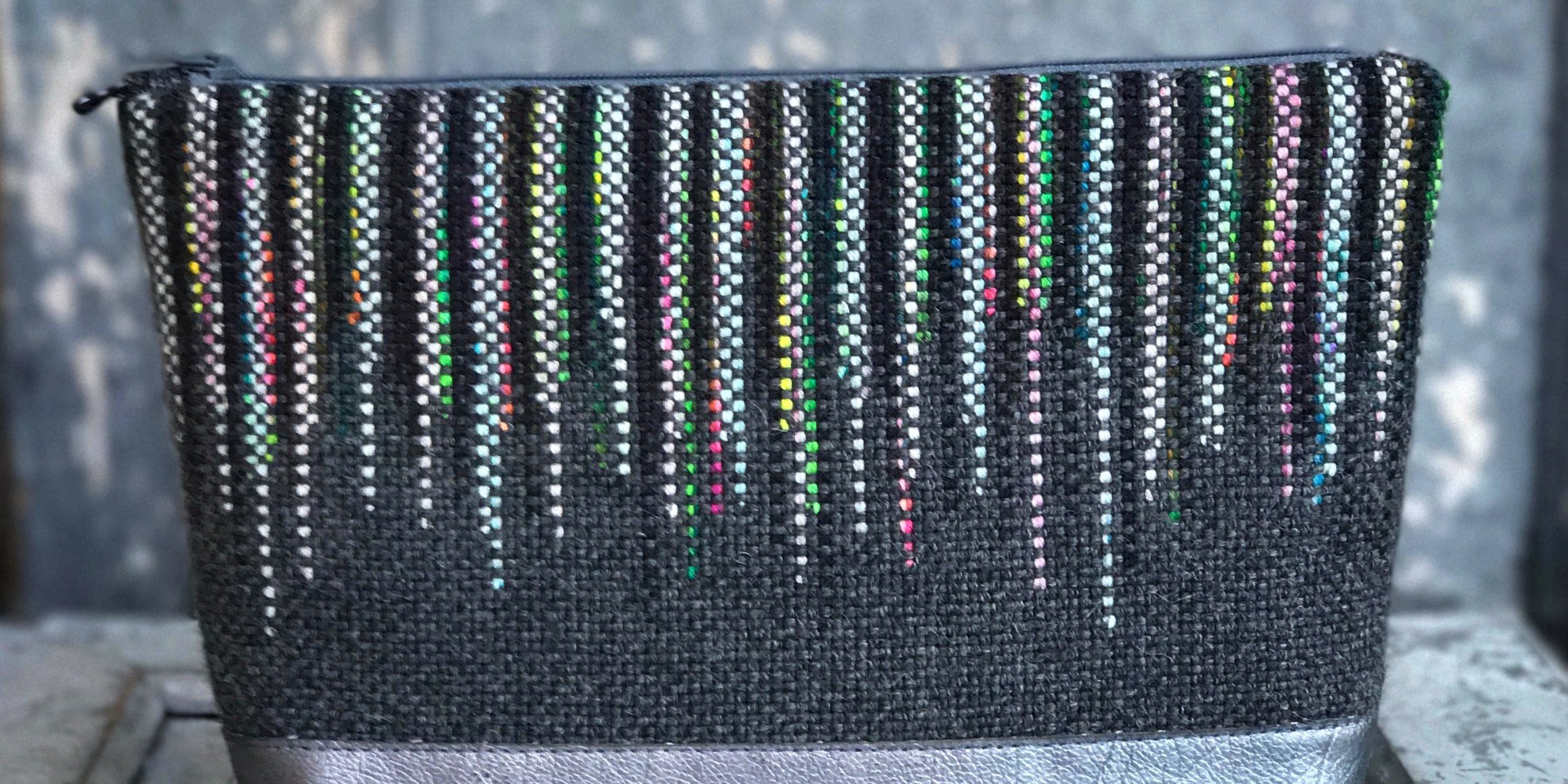 Want to start a series of articles about inspirations and inspirational artistes that make my heart sing.

The first one in this series is an American textile artist, Mary Clarke Edwards. Her artiste name is Mary Buttons and she’s a Knitter, Weaver and Bagmaker. And the reason why I started to weave myself!

I discovered her beautiful bags some years ago via Ravelry (hellskitsch)and I’m still absolutely fascinated about her work. Here fabrics seams to glow literally.  She isn’t a weaver who uses sophisticated motifs though, on the contrary, she has only a little Riggid Heddle Loom. In her work it’s the yarn that plays the starring role. I understood by her weaving that there is often no need to use a complicated pattern to produce a stunning fabric. When the yarn is beautiful let it speak for himself!

Mary wrote: “To be honest, I don’t really consider myself a weaver. I feel like I’m a textile artist and my loom is just a tool. My loom is just the most efficient way for me to use yarn”. And in which beautiful, beautiful manner take’s always my breath away! Love your work Mary!

First some impressions from early works nearly 6 years ago, when I discovered her on Ravelry. I think it was in fact this red “Delirium Purse” (January 2012) that made me want to learn weaving:

Some bigger and more recent works from this year. Mary uses now a technique called “clasp weaving” which creates these beautiful colour contrasts.

And here some more photos from bags featured actually in her collection:

I’m in love! Aren’t they beautiful???